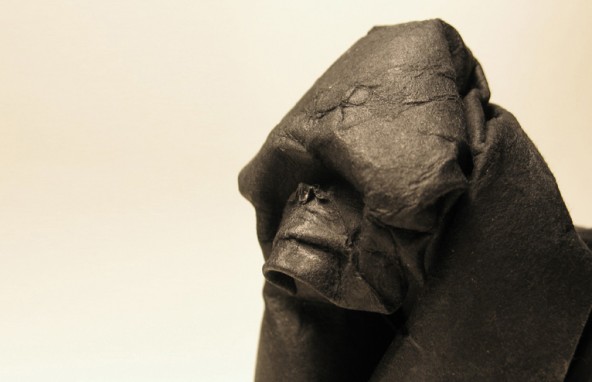 I bought my first Akira Yoshizawa book (“Creative Origami”) from OUSA in 1996 and later met him at 1997 OUSA convention in New York. I still remember the master standing next to his two wonderful origami sparrows at the exhibition. The language barrier prevented me from talking with him, so I just asked him to sign his “Origami Living Nature” book that I just bought with me.

Yoshizawa’s works, along with Eric Joisel’s and David Brill’s, really opened my eyes at that time to sculptural origami. I was just starting to play with paper.

I did not fold that many models from his books, but I learned a lot by looking at the finished works, especially the images in his 1999 exhibition catalogue as well as the real pieces I saw at exhibitions.

I saw him for the last time in Tokyo at the 2004 Tanteidan Origami Convention where he briefly gave a talk. He was not in good health then so he left right after and I did not have a chance to meet him in person again.

Of all of his models, I folded his gorilla many times and really enjoyed playing with the face each time.

You can see some of my folds back then below:

In 2010, I created a simple gorilla for “Paper the World” and then a variation that I named “March 14 Gorilla” to pay tribute to the Master. 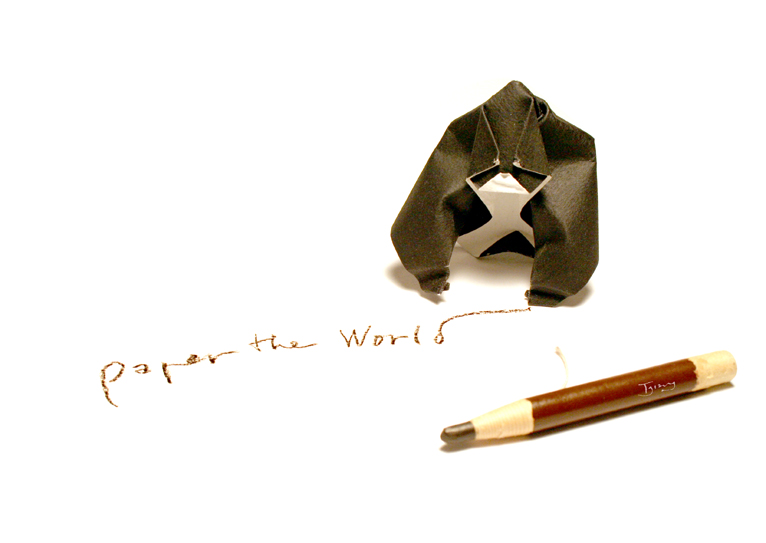 I think we all still can learn a lot from Akira Yoshizawa, the way he breathes life into his works. 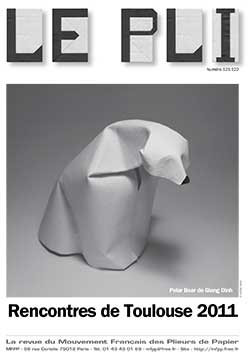 self portrait with no hair